The growing technology implementation in various industries has contributed to raising both productivity and quality of the end products. Technology adoption in the construction industry lags behind other sectors as it is considered to be a special industry in that it does not rely on assembly lines or machines’ reliability to achieve the desired output.

What is virtual reality?
Well, let me tell you its versatile nature. At times it is very much similar to reality, and at times it is entirely different from reality. The word “virtual” relates to anything that does not exist physically but is created and made visible by software use. Virtual reality is the use of computer technology in creating a simulated environment [1]. 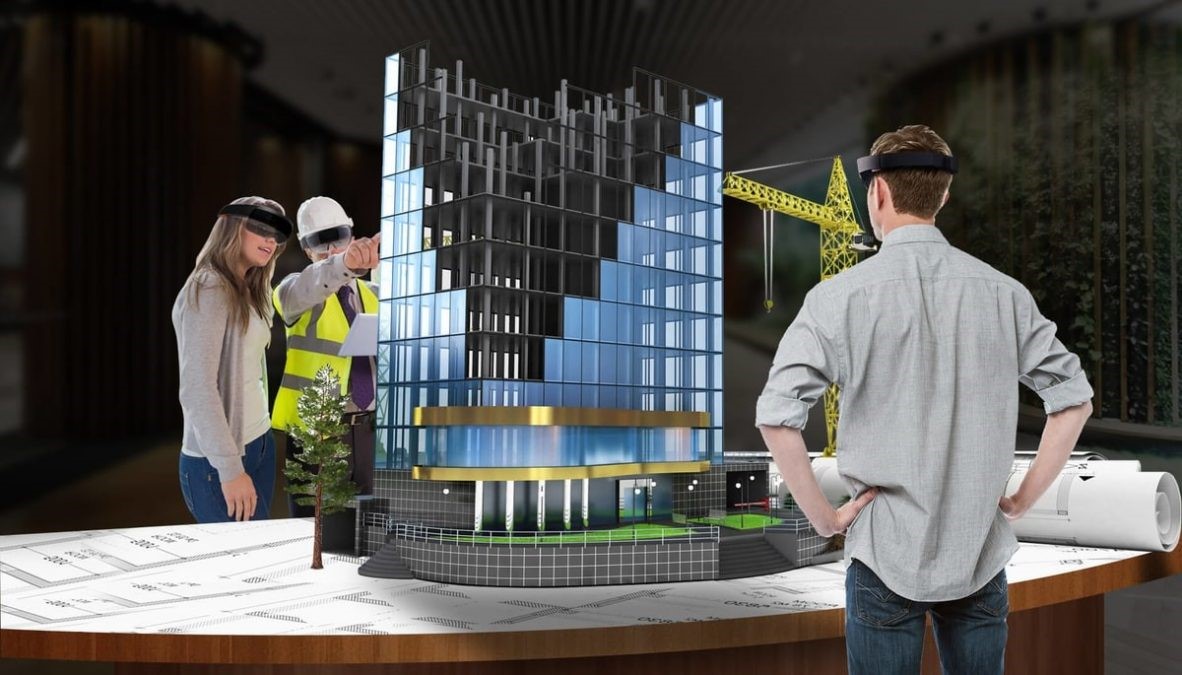 1. Figure Example of VR [1]
The increasing need of implementing 3D modeling in construction made it a necessity to develop easier applications to be used by non-specialized people. The end result has to be seen by the owners and the investors who cannot understand the engineering terms of the complicated 2D drawings. The virtualized models made it easier for them to imagine how their projects would be after the implementation. The quality also is considered an issue as the construction projects will never be the same, it is harder to control the quality of different output, and here it comes the augmentation for the reality by the pre-set 3D models, they can detect the smallest deviations from the model.

2. Figure 3D model [2]
The most popular MCDM tools were chosen to distinguish between the available VR/AR applications. SMART, Borda Count. the Condorcet approach and the Elimination and Choice Translating Reality (ELECTRE) were chosen to examine the differences in the evaluation and to detect the variation in the applications, rankings. Using an assessment matrix, the applications were tested and assessed depending on various aspects and functionality,

According to the study, it is hard to implement these applications in small and medium-sized projects since they are still struggling with BIM and 3D modeling due to viability and limited drafter’s knowledge in 3D modeling because most of them were raised in a 2D world. It also demonstrates that the best applications in this industry are Shapespark, which represents the VR field, and Arki as an AR application. These are the most effective tools available at the moment, but they lack many features, and they are not developed enough yet to be considered credible tools in the AEC industry.

The future of nuclear energy

Sodium-ion batteries are based on a gigafactory in Sweden